The results for the 2020 Fall Forum Event are below! Congratulations to our winners. They have won:

The Ghost of Eqcetera by sparkster

Fog has descended on Eqcetera and brought shadows among it. Once it lifts it reveals a small village placed in a circle of mountains around the village are rolling pastures of green with horses frolicking. There are bays, blacks, palominos and colors of all different breeds. A young girl gazes down upon the village through the ears of her horse, a small pony named Sparky. She pats him on the neck a few times and nudges him with her heels down the narrow mountain side. As she passes the mine she sees gems glittering, then all of a sudden there was a flash of white, her horse spooked taking off down the mountain side. “ Whoa boy, she said, pulling him back down to a walk. “What did you see?” she asked, her voice quivering with worry. He snorted back, seeming as if to say,we are in danger. They continue down the mountain side she forgets all about the white flash as she glances around at the wheat fields smiling. It was harvest time, one of her favorite times of the year. It was her horse’s favourite time too now that there are plenty of apples around for him to munch on. As she reaches town she is reminded once again of the white flash as she looks all about the small village decorated for halloween. “Hey” she calls to one of the elders of the small town of Eqcetera who was known as Jonah “I saw a white flash on the mountain should we send up someone to see if its a problem I wouldn’t want any of the livestock to get hurt she said “well” he replied with a mischievous grin “could be that you saw the ghost of Mary Poppylinds the founder of Eqctera she shows up around halloween every once in awhile to see how well her towns being run” she laughed uneasily wondering if he was right Then the young girl saw the same flash of white once again among the trees the white flash stopped and the eerie face of the founder of Eqcetera gazed at her with an unsure smile holding her finger to her lips and then once again she was gone in a flash of white.

The Phantom of the Eqcetera Mines by Raine

Over the rolling hills of Eqcetera, the full moon hung. Large, it was, like the eye of a beast searching for its prey. Nobody knew how or why, but on this oddly cold night the moon shifted and spun like a galaxy of its’ own. Orange it turned, an unearthly glow radiating around it. Fog blew in, the locals grew fearful.

Fillies and colts clung close to their mothers, mewling pitifully. It seemed the horses knew more than the humans of the land, their pupils began to dilate as an oozing sludge of darkness swallowed up what was once peaceful and safe. Strange dragons they appeared to become – eyes ablaze as the air grew colder still. The horses’ breath puffed like smoke, their ears laid back, their bodies were stiff.

They think it came from the mines, it appeared in a crash of dangerous soot that billowed out of the gaping maw in the earth. Blacker than night, but still somehow transparent. Its’ eyes reflected the moon – casting orange lights in the shadows. The phantom horse galloped across fields. It somehow remained silent while also making sounds that resembled distant thundering. The people of the land strained to get a closer look at the animal, full of awe for the strange yet still beautiful beast.

Some claim they saw a rider on the back of the horse, but most say it did not. Some still claim it wasn’t a horse, it was something else, something that this land – this universe, had never seen before. Too strange to truly comprehend. The child of an Eldritch horror, perhaps. All the people of Eqcetera knew for sure was the phantom did no harm. Once the dark horse had quickly made its way to the peak of the tallest mountain in the land it whinnied, though some say it sounded more like a roar. Despite the ferocity of the sound – the horses that were once fearful seemed to become calm. The phantom reared up, its mane and tail defied physics, flowing through the air much gentler than they should have on the windy mountain. As soon as its hooves hit the ground – or some say, just before, the phantom vanished. The moon returned to its original hue, the dark and fog dissipated. The moon looked brighter, the stars sung in glory.

The following day, a group of brave citizens made their way to the mine. To their surprise, they found many valuables that couldn’t have previously gone unnoticed. Quartz, rubies, labradorite, you name it, it was there. The people celebrated the phantom’s gift, officially dubbing it ‘The Phantom of the Eqcetera Mines’. A small statue was carved into the rocks outside of the mine, a tribute to the graceful creature. It is said if you present the statue with gifts that the eyes will glow orange and you will be blessed with luck the next time you set foot into the mines. 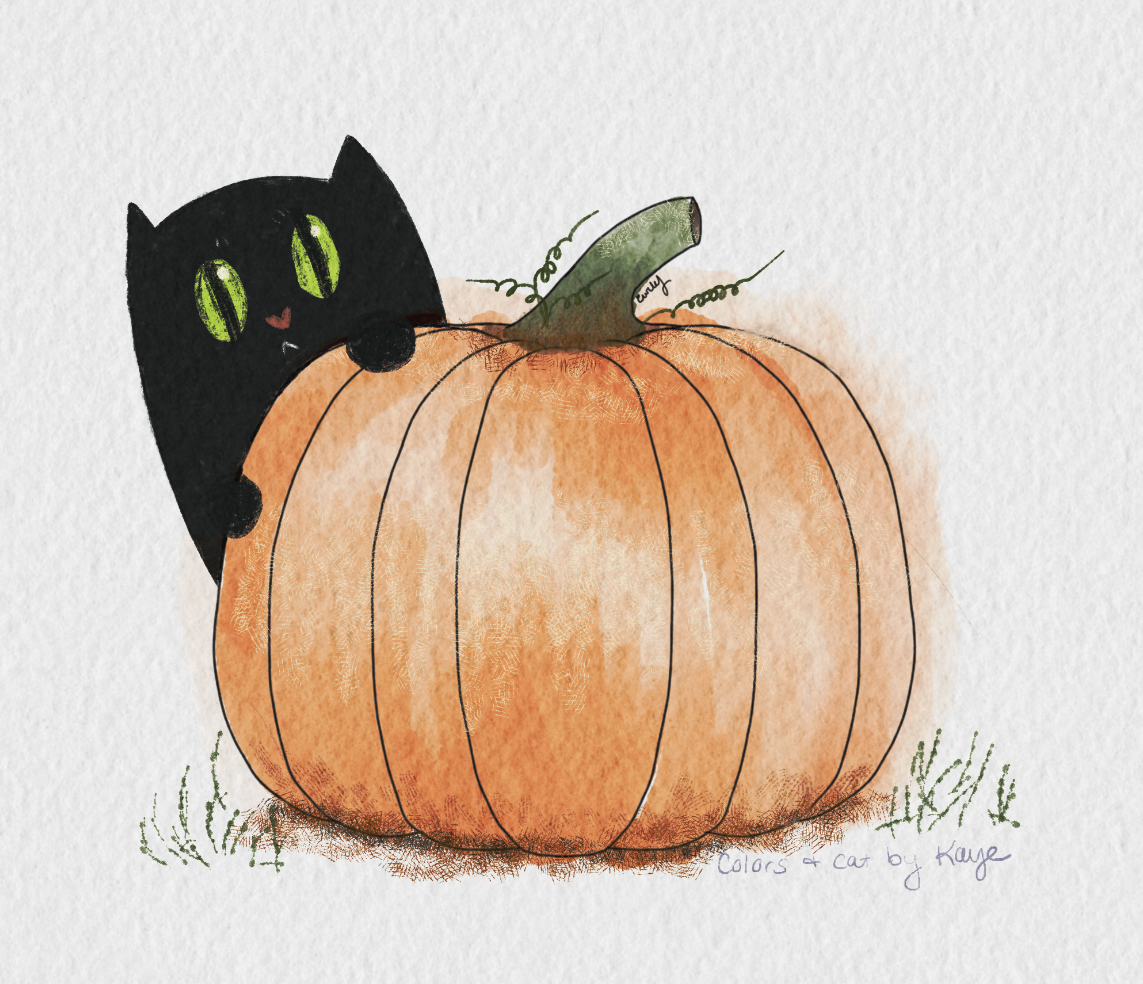